Time to look into Rainwater Harvesting and Greywater Recycling.

Christchurch water charges to be considered next year 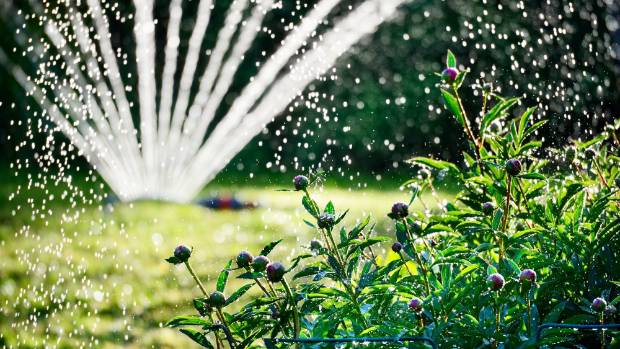 Gardening is a major user of water, particularly in the Garden City.

The Christchurch City Council will once again consider charging residents for the water they use. .

Staff are working on a report on ways the city's water can be priced, which will likely include a volumetric charge. The issue will be included in next year's Long Term Plan (LTP) process.

Water currently comes under a general rates bill, meaning water costs are tied to a property's value. A volumetric rate would charge for the amount of water used, encouraging people to use less. 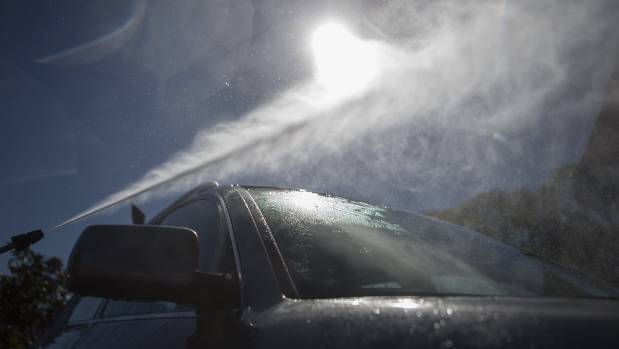 Espresso Carwash Cafe co-owner Damian Curtain was relaxed about the prospect of a volumetric water charge as his business was environmentally friendly and not a big water user.

Many councils around the country use volumetric charging. Prices range from 44c per 1000 litres in most of the Selwyn district, to $1.96 per 1000L in Nelson.

Christchurch uses about 129 million litres of water per day, which nearly doubles over the summer months, primarily because of irrigation for gardening.

Usage per person is about double that of Auckland, which charges about $1.40 per 1000L.

The water charging review came up in a council subcommittee discussion this week about promoting the use of rainwater tanks.

The last time the prospect of a water charge came up was 2015, during the last LTP review. The idea was dropped.

"There is a piece of work going on for the LTP looking at the review of water pricing," said John Mackie, head of three waters and waste, when asked if it was back on the agenda.

Demand for water in Christchurch is expected to rise as the population grows. The climate of eastern Canterbury is expected to become more dry in the coming decades, adding further pressure.

Councillors at the meeting said there was a clear need to conserve more water and changing the pricing method could achieve that.

"My position isn't necessarily that we charge for water, but we'll need to come up with a position that makes the people of Christchurch respect what's in our taps a lot more than what we currently do," councillor Aaron Keown said.

"We [currently] charge based on the price of your property, so a little old lady in Fendalton is paying five times more for her water than a flat of young fellas in Linwood. There's no reason for her to save her rainwater... or the guys to save theirs."

He said a volumetric charge would have little impact on the average ratepayer.

"It would only be cents. But it's the fact that mentally you're thinking 'I'm saving money' ... you change behaviours."

"It's absolute nonsense to say water's not available," he said.

"We are the Garden City and, if we're going to be honest to ourselves when we talk about the Garden City, then we have to provide two things: maintenance and, of course, water."

Others used "far more water than they have to" washing cars, houses and flushing toilets. He believed a volumetric fee system would negatively affect those who needed more water.

"People will stop using water and so the cost will go on fewer people. I would expect it [the cost] would then go up."

Damian Curtain, co-owner of Addington's Espresso Carwash Franchise Ltd, was not concerned as his business was environmentally friendly and not a large water user.

Cars were washed with a fine spray so each clean used about 30 litres of water, he said.

Saving water would have economic and environmental benefits. Extracting the groundwater and handling wastewater came at a cost.

It said water consumption per household in Auckland had fallen 30 per cent since a volumetric charge was introduced in the late 1990s.

There were similar reductions in Nelson and Tauranga, where volumetric charging was introduced.

It is illegal for councils to profit from water, so a volumetric rate would be based on the cost of supplying water.

Council city services manager David Adamson said on Friday staff were "looking at the existing infrastructure and what is feasible around volumetric charging".

Whether it was included in the LTP was a council decision.

A council staff report into subsidising rainwater tanks found there would be little benefit, primarily because there was no financial incentive to conserve water.